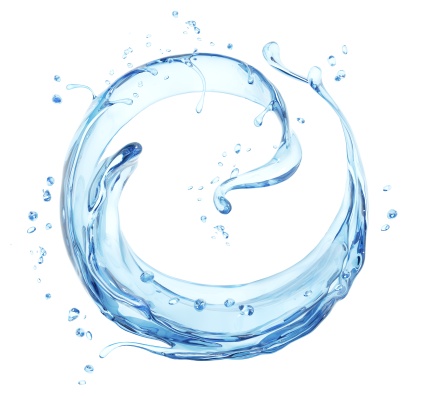 There has been a lot of media coverage over the past couple of years, related to the topic of access to safe drinking water, especially for the poor among us. In addition, there has been much written and televised about water shutoffs, especially in the city of Detroit, over the issue of non-payment of water bills.  In 2002, the United Nations committee on Economic, Social and Human Rights officially recognized water as a human right, saying “the right to water clearly falls within the category of guarantees essential for securing an adequate standard of living, particularly since it is one of the most fundamental conditions for survival”.

Conversely, there has been much controversy, and much pushback from activists, about the extraction of water from Michigan water sources, by Nestle (now Blue Triton Brands), for use in the bottled water industry.  The cost to the company, for extracting more than 1 million gallons per day of Michigan groundwater for its bottling operations, is $200.00 per year, for the permit.  (Detroit Free Press 2/18/2021).  This pittance of a cost for the water itself allows for even more profits for the company.  (Note: Nestle Waters North America, a subsidiary of the Swiss company Nestle, was recently sold to a pair of New York private equity firms.)

Which brings us to this month’s resolution:  B025, Water as a Human Right.\

Resolved, That the 79th General Convention of the Episcopal Church urges the church to learn about the watersheds and aquifers in the regions in which our faith communities and institutions are located; and be it further

Resolved, That The Episcopal Church recognize the public trust that protects the waters and community uses in the watersheds and aquifers of the communities and regions that make up the Church; and be it further

Resolved, That The Episcopal Church recognize water and sanitation as human rights and water as commons (a publicly held natural system); and be it further

Resolved, That The Episcopal Church urge the phase out and eventual ban, by 2021 the sale or distribution of bottled water in Church-related facilities and at church events except when local water supplies are deemed unsafe; and be it further

Resolved, That The Episcopal Church promote and advocate for publicly financed, owned, and operated safe water and wastewater infrastructure and services.

A May 2018 article from the ERB Institute at the University of Michigan, was entitled “A Right to water – Is water a human right or a commodity?”  In 2010, the UN General Assembly adopted a resolution affirming the human right to clean drinking water and sanitation.  The motion passed with 122 nations voting in favor and no votes against, but 44 nations abstained. Of those that abstained, including the United States, they suggested that a right to water was unclear, unnecessary or premature, given existing rights and other ongoing negotiations.

The UN also has determined that water and sanitation must be sufficient, safe, acceptable, accessible and affordable, defining affordable as not more than three percent of a household’s income.  Perhaps, some of municipalities that experience large scale water shutoffs due to non-payment of water bills, need to consider the recommendations of the UN.  A 2017 study by the Henry Ford Global Health Initiative found that residents living on a street with shutoffs were 1.55 times more likely to be diagnosed with a waterborne illness.  This can lead to serious public health implications.

On the topic of water as a commodity, according to the ERB Institute, traditionally most of the Western world’s water bodies and water systems have been publicly owned, with private landowners having limited rights to use water sources on their property.  However, as scarcity concerns have grown, industries have expanded around water, ranging from desalination to dam construction to bottled water.  Efforts to privatize and sell water resources have grown.

As Christians, this is a serious concern.  We all need water to survive and thrive.  The physiological effects of inadequate water intake can lead to numerous health conditions, up to and including death.  And we are all aware of the health consequences of unsafe drinking water, such as that which includes lead.

Just as the United Nations has determined that access to safe water and sanitation is a right, the topic has been part of legislation.  The Clean Water Act, the Resource Conservation and Recovery Act, and the Safe Drinking Water Act all stand for the proposition that providing safe, clean water is a government obligation.  An argument can be made that in his famous “Four Freedoms” speech, which was his 1941 State of the Union address, Franklin Delano Roosevelt’s ‘Freedom from Want’ would also include water.

On the topic of bottled water, there has been much controversy, with some municipalities and businesses banning the use of single use bottled water.  Many have transitioned to the use of refillable bottles.  This is due to the plethora of empty bottles in our rivers, lakes, on the beaches, in the parks, and in our landfills.  And the cost to purchase the water in such bottles is much higher that most municipalities would charge for water, further straining some household and business budgets.  And there is the inherent cost of not only disposing of the bottles, but manufacturing them, and transporting them, further increasing our carbon footprint.  Many believe that the use of bottled water should be limited to areas where there is poor quality to the water coming from the tap.  Limiting the use of bottled water is being a good steward of our resources.

In conclusion, this is a topic which affects every citizen of the globe.  May our elected leaders continue to strive for the vision of the United Nations.

O God, our heavenly Father, you have blessed us and given us dominion over all the earth; increase our reverence before the mystery of life; and give us new insight into your purposes for the human race, and new wisdom and determination in making provision for its future in accordance with your will; through Jesus Christ our Lord, Amen.

From The Book of Common Prayer, page 828