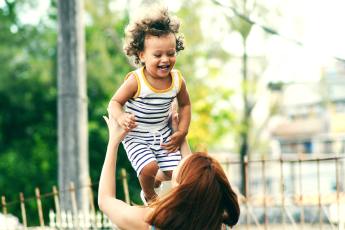 It is not hard to believe that a hot topic of discussion in some quarters is that of ‘Family Leave Policies’. In 1993, Congress passed the Family Medical Leave Act, that entitled eligible employees of covered employers to take unpaid, job protected leave for specified family and medical reasons, for a period of 12 weeks. Thus, it also guaranteed new mothers their job for a period of 12 weeks, for the birth or adoption of a child. But within the law, there was no mandate that employers continue to pay their employees during this time. Within the law, employees could take time off in small increments to attend to the health needs of ailing or elderly family members, without fear of losing their job. But this also comes with no provision for compensation. This issue has been strikingly evident during the current Covid 19 crisis, and employees need to care for sick and infected family members.

According to the Center for American Progress (a nonpartisan policy group in Washington DC), “Illness can strike at any time, and for workers without access to paid leave, they often must choose between recovering their health and keeping their job, or between caring for a loved one and securing their next paycheck. As the coronavirus pandemic has made even clearer, workers should have access to comprehensive paid family and medical leave to care for themselves or a loved one without this impossible choice”.

Which brings us to this month’s resolution: Family Leave Policies

Resolved, That the 79th General Convention acknowledges the need for a well-defined comprehensive family leave policy, paid and/or unpaid; and be it further

Resolved, That the appropriate joint standing committee of the Executive Council be directed to study and distribute model policies for paid and unpaid family leave for dioceses and their congregations and institutions to consider, with such models to be distributed to the dioceses by June 30, 2019; and be it further

Resolved, That General Convention urge every diocese to review such model policies and to implement comprehensive policies on family leave that fit their respective needs; and be it further

Resolved, That in view of the time required for study and actions by diocesan conventions, dioceses report their specific policies to the Office of General Convention no later than December 31, 2020.

According to the Huff Post, the United States is the only industrialized nation in the world that does not guarantee paid leave to its workers. From that perspective, we are in complete solidarity with Swaziland, Lesotho and Papua New Guinea. Even though only 20% of private sector workers in the US had access to paid family leave in 2020 to care for a new child or family member, all federal workers have this benefit. The Federal Employee Paid Leave Act went into effect on October 1, 2020, and an estimated 2 million federal employees now have access to 12 weeks of paid parental leave.
According to the Pew Research Center, the percentage of working mothers (either part time or full time), has risen from 51% to 72% in the last half century. Yet, the United States is the only country among 41 with no mandated paid leave. The amount of leave granted among countries is as follows: Estonia (the longest), 86 weeks; Sweden, 480 days paid leave per child, with either the father or mother eligible; Spain, 112 days; The United Kingdom, 280 days at 90%; France, 112 days; Italy, 140 days at 80% pay; Russia, 140 days at 100% pay; China, 90 days at 100%; and Saudi Arabia 70 days at 50%.

Recently, some states have mandated paid leave. They are California, New Jersey, New York, Rhode Island, Washington, Massachusetts, and the District of Columbia. The laws vary state to state. Unfortunately, the private sector has not stepped up to the plate. According to the Society for Human Resources Management, only 15% of companies have policies above the federal requirement. I became more aware of this disparity toward paid leave versus unpaid leave, when I learned that the daughter of a friend received 6 months of paid leave for the birth of each of two children. I became intrigued when remembering the anguish some of my nurse colleagues had when they were trying to negotiate ‘maternity leave’ with the financial aspect of paying the bills. The bonding of parent and child is so important in those first few months, and so much is lost when the new mother cannot be present during the many ‘firsts’ during this time.

Is this costly for business? Although FMLA provides for 12 weeks of unpaid time with no job loss, this only affects workers in companies with 50 or more employees. The range of uncovered employees is 40 to 50%, as so many workers are employed by small businesses. Studies suggest that paid leave is beneficial to the bottom line due to increased morale and increased productivity, while decreasing turnover and all of its costs. Also, employees are more likely to return to the company after their leave, if they are afforded adequate time off even though they are not covered by FMLA requirements.

As a former manager, I understand the reluctance on the part of business to not be in support of providing paid leave, or any leave if the company is small, or less than 50 employees. However, I also know that the benefit of time off, without fear of losing their position, is golden to the employees. I had one whose husband had a stroke, and another whose husband developed cancer, necessitating many clinic visits for treatment. The knowledge that their jobs were secure, allowed them to attend to their family responsibilities, as well as being dependable, engaged employees. It is incumbent upon the managers and supervisors, to be creative with staffing and job assignments, to achieve FMLA goals.

According to the Institute for Women’s Policy Research, on the subject of paid leave, “firms incur few costs in addition to replacing pay, when paid leave is provided to employees, and instead experience some substantial benefits”. In spite of this benefit to companies, according to the Center for American Progress, only 20% of private sector workers had access to paid family leave in 2020 to care for a new child or family member. In addition, low-wage workers are less likely to have access to different forms of paid leave. For example, just 8% of workers in the bottom wage quartile, who on average earn less than $14.00 an hour, had access to paid family leave in 2020. Finally, black and Hispanic workers are less likely than white non-Hispanic workers to have access to paid family and medical leave.

The Center for American Progress states that “Paid family and medical leave offers wide-ranging benefits for individual and public health outcomes. For example, paid medical leave allows workers to pursue necessary medical treatment earlier and to manage ongoing treatment. A study of cancer patients and survivors found that those who had access to paid family and medical leave were better able to complete their treatment and manage symptoms and side effects. Furthermore, having access to paid medical leave has led workers to experience less stress from financial insecurity during a health shock. As paid medical leave improves workers’ overall health outcomes, it could also reduce disability leave durations and overall health spending. Paid leave is particularly critical for parents. Paid leave helps parents establish a strong bond with new children and is proven to increase rates and duration of breastfeeding, improve on-time vaccination rates, reduce infant hospital admissions and improve health outcomes of elementary school children”.
Studies have indicated that providing paid leave is proven to improve the labor force participation, earnings and economic security of all workers, especially women. And, just having the certainty of keeping a job, whether paid or unpaid, decreases emotional stress on workers who also have ailing family members.

The evidence indicates that it is time for the United States to embark on a policy to further strengthen and enlarge the scope of the Family Medical Leave Act, and that more states and private companies need to reevaluate the need to provide paid leave to all employees. We need to look at the success of other nations, in putting the needs of new parents and family members at the forefront of national policy.

Let us Pray: O God, by whom the meek are guided in judgement, and light rises up in darkness for the Godly: Grant us, in all our doubts and uncertainties, the grace to ask what you would have us do, that the Spirit of Wisdom may save us from all false choices, and that in your light, we may see light, and in your straight path, may not stumble, through Jesus Christ our Lord, Amen.
The Book of Common Prayer, p. 832.