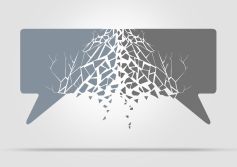 As you read this our country is in the final stages of the process in which we elect the women and men who will serve in government offices locally, statewide, and nationally. Although many of the people seeking office and those who back them are self-proclaimed Christians, much of the behavior of the candidates, the content of their campaign ads, and the emotionally charged discourse between those who support them has fallen far short of what we would hope for from those who follow Jesus. While the ads will come to an end, votes will soon all be counted, and winners will be determined, in an election this contentious I suspect the discourse will continue for some time to come.

While those of us in the Episcopal Church agree that we are all brothers and sisters in Christ, we don’t always agree about much of anything else! However, when we disagree our hope is that we do so in respectful, loving conversation with each other, always striving to see Jesus in each other’s eyes.

In May of 2019 Judith Schellhammer, chair of the Resolution Review Committee, wrote a blog post about Resolution B009: Civil Discourse that bears re-reading. The following is a republishing of the original post.

My mother used to have a little plaque hanging on her kitchen wall that read:

Lord, may my words be tender and sweet today
because tomorrow I may have to eat them.

If you’ve been on social media a lot lately, I’m sure you’ve noticed that many discussions have become anything but “sweet and tender.” As a society, we seem to be more polarized than ever before and not afraid to speak our minds without concern for how harsh our words might come across to others.  These discussions aren’t exclusive to secular topics but are even occurring on many sites meant for Episcopal organizations and groups.  I’ve noticed that some site administrators have been pulling comments rather regularly when the tone of the post does not meet the standards originally set by the administrators of the page. The deputies of General Convention 2018 must have been prophetic in recognizing our need for a resolution addressing appropriate civil discourse:

Resolved, That the 79th General Convention calls on all Episcopalians to practice civil discourse in our political life, while not making peace with evil and injustice; and be it further

Resolved, That the General Convention urge individual Episcopalians, parishes, dioceses and seminaries to use the Civil Discourse Curriculum developed by The Episcopal Church Office of Government Relations as a resource to guide discussions about politics, policy, and legislation, while strengthening our relationships with one another; and be it further

Resolved, That the General Convention direct The Episcopal Church Office of Government Relations to work with bipartisan efforts in Congress, when possible, and intentionally engage with elected and career government officials from all political parties.

Here’s what the Office of Public Affairs had to say about the curriculum when it came out in January 2018:

The Episcopal Church Office of Government Relations has developed a five-week Civil Discourse Curriculum, focusing on civil discourse and designed for reflection, consideration and discussion.

“The Civil Discourse Curriculum was created as a resource to help folks understand and practice civil discourse, particularly as it relates to discussion about politics, policy and legislation, and why it is so important to living out our Gospel call and solving the problems facing our communities, country and the world,” explained Alan Yarborough, Office of Government Relations Communications Coordinator and Office Manager.
Civil discourse is defined as an engagement in conversation intended to enhance understanding, and has important applications for public policy and civic engagement.

“We created the curriculum to be a five-week program so people can use it during Lent, but you can engage in it at any point throughout the year,” noted the Rev. Shannon Kelly, Officer for Young Adult and Campus Ministries. “Lent is a particularly good time to pause, read, reflect and learn about the nature of civil discourse, how we can practice it, and why.”

The Civil Discourse Curriculum, available at no cost here, is a five-week curriculum to guide discussions about politics, policy, and legislation, while strengthening our relationships with one another.

The Curriculum, written by the Episcopal Church Office of Government Relations and the Formation Department, encompasses five primary themes:

Each theme incudes specific instructions for group or forum leaders, and interactive components include opening and closing prayers, discussion questions, and various activities aimed at utilizing group settings for entering into deeper reflection on the topics. Each week’s session also includes participant handouts and a facilitator guide.  All material is available in a single document or in separate documents for facilitators and participants by week.

A supplemental document, Voices From The Church, features leaders from around the Episcopal Church reflecting on the intersections of faith, politics, advocacy and civil discourse. These short pieces are intended to serve as guiding words, inspiration and examples of the diversity of views held within our church, yet also stand as a testament to what is shared in common through faith and values.

The Curriculum is designed for church groups, adult forums, campus ministries and youth groups (not recommended for younger than 14 years old).

The Episcopal Church Office of Government Relations represents the priorities of the Episcopal Church to the policy community in Washington, D.C. Through engaging Congress, the Administration, and U.S. government departments and agencies, the Office of Government Relations aims to shape and influence policy on critical issues, highlighting the voices and experiences of Episcopalians and Anglicans globally. Drawing on the priorities of General Convention and Church leadership, they structure their work around the three pillars of the Jesus Movement: Care of Creation, Reconciliation, and Evangelism. They seek to connect Episcopalians to their faith by educating, equipping and engaging them to do the work of advocacy through the Episcopal Public Policy Network (EPPN).

Civil Discourse in America, remarked that, “civility is simply demonstrating respect for the dignity of our fellow humans — even those humans with whom we have sharp disagreement. Civility is allowing others to speak, and having the humility to admit that we may have something to learn. Civility favors truth over cheap gain, and patience over knee-jerk judgment.”

Let’s see how our diocese can live into this resolution. Perhaps this curriculum would make a great 5-week coffee hour discussion for your congregation. It might even be a timely resource for youth groups or other small groups. I think we all are aware of just how much more inclined we are to share our perspectives and opinions when we know that our words will be received with respect. We need to extend that same gracious attitude to others.

One thought on “Civil Discourse Matters”