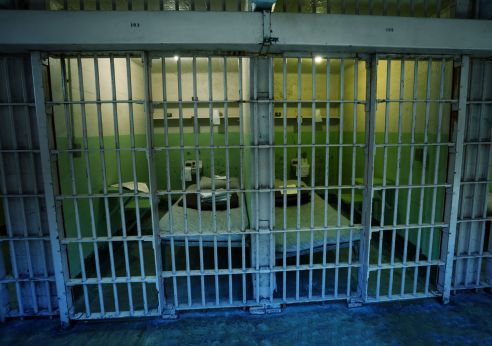 It was wonderful to see so many of you at the Ordination and Consecration of our new Bishop last weekend! What an awesome and Spirit-filled service! For those of you who were unable to attend – or for those who want to relive the moment – the Diocese has posted pictures and videos on their website.

In other news from last weekend, Sunday night was the 92nd annual Academy of Motion Picture Arts and Sciences Award Show, otherwise known as The Oscars. I admit I was way too tired from the weekend’s activities to stay up and watch the ceremony. I haven’t taken time to see many of the movies that were nominated anyway so I wasn’t too disappointed about missing it. One of the movies I did make it to see was nominated for a Screen Actors Guild Award but not an Oscar. An Adrian Dominican friend of mine told me that Just Mercy was “not to be missed” so I made time a couple of weeks ago to see it.  She was right!  The movie was incredible.

Based on the memoir of the same name written by Bryan Stevenson, Just Mercy is the true story of Walter McMillian, a death row inmate who was convicted for a crime he did not commit. The movie follows the years-long struggle of his defense attorney, Bryan Stevenson, to prove McMillian’s innocence. I won’t spoil the movie for you but I will tell you it’s important to stay through the credits at the end. Not only do they give updates on what happens to many of the people in the movie, but they also provide some pretty sobering statistics about the death penalty and the inmates on death row.

Which leads me to this week’s resolution:

Resolved, That all persons who have been sentenced to Death in the United States of America have their Death Sentences reduced to a lesser Sentence or, if innocent, granted exoneration; and be it further

Resolved, That the Secretary of this 79th General Convention of The Episcopal Church transmit, forward or send this Resolution to the Governors in all States where the Death Penalty is legal and to the President of the United States of America, encouraging them to reduce the Death Sentence to a lesser Sentence for all persons who are on Death Row in each of their jurisdictions and to submit and support legislation to repeal and abolish the Death Penalty; and be it further

Resolved, That the Secretary of this 79th Convention of The Episcopal Church transmit, forward or send this Resolution to all Bishops in States and Federal Jurisdictions where the Death Penalty is legal, encouraging them to appoint task forces of clergy and lay persons within each of their jurisdictions to develop a plan to repeal the Death Penalty, to be witnesses in the name of Jesus Christ, and to request that these Bishops report on their actions to the Presiding Bishop of The Episcopal Church annually prior to the 80th General Convention, on or before June 30, 2019, June 30, 2020, and June 30, 2021, all of which reports shall be available to lay communicants and clergy of The Episcopal Church; and be it further

Resolved, That The 79th General Convention urges Dioceses, congregations, and Episcopalians to advocate for passage of legislation in state legislatures that would abolish the Death Penalty and commend those Governors who have suspended the Death Penalty in their states.

Although not part of the final resolution, the explanation for this resolution provides some important additional information:

Many persons who have been sentenced to Death have demonstrated redemption, rehabilitation and/ or habilitation. For example, in one State a Death Row Inmate has this year been ordained as a Minister in a Christian Church and serves as a Chaplain to other Inmates. Also, in one State several Death Row Inmates have completed a course of study which is required of Attorneys at Law to be certified as Mediators. The Death Row Inmates who have completed the course of study have formed a Mediation Team and mediate conflicts among the Inmates who are on Death Row in that State. One Inmate who completed the course of study was found by a Judge to have been rehabilitated, and his Death Sentence was reduced to a Life Sentence.

The mother Church of the Anglican Communion is the Church of England. There is no Death Penalty in England or in any nation of the European Union. This Resolution can save lives now in the name of Jesus Christ and can support the ongoing efforts of many Bishops, Chaplains, and Laypersons working to repeal the Death Penalty in the United States of America until the day when a Death Sentence becomes a sin of the past.

The proposer, The Rev. Bob Davidson, also provided links to previous resolutions on the same topic.

There are currently over 2,600 prisoners facing execution in the United States. Since 1973, 167 death row inmates have been exonerated during their appeals process. Just last year, two death row inmates had their charges dismissed and were released after having each served 43 years for crimes they did not commit.

There is no way to tell how many of the 1514 people executed since 1976 may also have been innocent. Courts do not generally entertain claims of innocence when the defendant is dead. Defense attorneys move on to other cases where clients’ lives can still be saved.

It is now broadly accepted that the judicial review provided to death-penalty cases in the United States has been inadequate to prevent the execution of at least some prisoners who were wrongly convicted and sentenced to death. The website www.deathpenaltyinfo.org lists the biographies of 17 of those prisoners.

While Michigan is not among the 31 states that still support the death penalty, those of us who live here can certainly lend our voices to those who support abolishing the death penalty in other states. The Death Penalty Information Center has helpful information on their website about statistics and in-depth reports about capital punishment. The National Coalition to Abolish the Death Penalty also has helpful resources and publications.

In our Baptismal Covenant we promise to “proclaim by word and example the Good News of God in Christ.” We also promise to “seek and serve Christ in all persons, loving our neighbor as ourselves,” and to “strive for justice and peace among all people, respecting the dignity of every human being.” If we are truly following Christ, this applies to the 2,600 people on death row, whether they are in our state or not.

I miss the stars. You know, I haven’t seen the stars in years and years and years. I miss the rain. I miss food, I miss all these things. But what it comes down to the most – and this is the thing that will scar me the most and that I’ll carry with me as a scar the longest – the thing I miss the most is being treated like a human being.

O God, the Father of all, whose Son commanded us to love
our enemies: Lead them and us from prejudice to truth:
deliver them and us from hatred, cruelty, and revenge; and in
your good time enable us all to stand reconciled before you,
through Jesus Christ our Lord. Amen. (BCP p. 816)