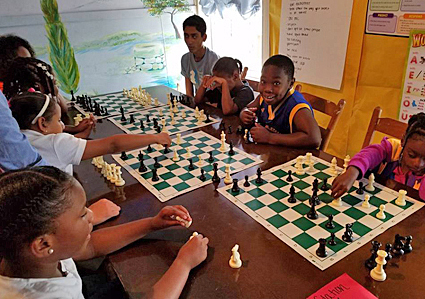 Bear with me this week, please. I had a fall on Saturday (Grace is not my middle name) and have broken my thumb, bruised my chin and banged up my knee. I don’t want to miss the opportunity to share some important information yet it’s going to be a bit brief this week.

As I was driving to the last session of Exploring Your Spiritual Journey on Saturday morning, I listened to NPR’s On the Media. This week’s episode is “The Worst Thing We’ve Ever Done.” Following World War II, both Germany and the Allies agreed that we must never forget this very dark period of our history. Sadly, in the United States, we have let the memories of our tragic past be hidden or, even worse, be revised to clean up our shame. In this episode of On the Media, producer Brooke Gladstone visits the Legacy Museum and the National Memorial for Peace and Justice in Montgomery, Alabama, in an attempt to bring the continued story of discrimination and racism out in the open.

Why am I writing about this now? Last week, the blog discussed the Administration’s relatively new policy of separating children from their parents at the border in an attempt to discourage illegal immigration and asylum seeking. I even wondered how we might have sunk so low but, as I’ve thought about this all week, I realize that this is not new. In our country’s history, the children of slaves were often sold to new owners. And, if we look to World War II history, we know that the Nazis often separated children as Jews and other targeted peoples were led to the concentration camps and the gas chambers. We keep saying “enough” and yet this appalling behavior continues while we watch.

So…please listen to the episode of On the Media. I think it’s a wakeup call for all of us. We need to admit that this is a part of our past and, as we know from the news, it continues today, maybe not in lynchings but certainly in cases of police shootings of unarmed black men, the school to prison pipeline, and unjustified arrests of individuals waiting for business associates in a coffee shop.

Episcopal News Service (ENS) highlighted a bright spot this week reporting on an initiative by Appleton Episcopal Ministries in Macon, GA, whose mission is “to share God’s love by partnering as parishes in the Middle Georgia Convocation of the Episcopal Diocese of Atlanta to promote the health, safety, education, and well-being of children and families.” To that end, they have begun the Children’s Defense Fund Freedom School, “an intensive, six-week summer reading and enrichment program for children living in poverty who need to improve their reading skills.”  ENS’s article reports:

The Freedom School will have its second session this summer from June 14 to July 25. This year’s students will read culturally appropriate books that explore history, civic engagement and social justice. They will also have art, science, dance, music and swimming classes, as well as field trips. College and graduate interns, enrichment teachers and nearly 100 volunteers make the school work.

In 2017, Freedom Schools served more than 12,225 children at 173 program sites in 89 cities and 27 states including Washington, D.C., according to the Children’s Defense Fund website.

Appleton received a $20,000 Episcopal Church Mission Enterprise Zone grant for the school. It also gets money from the Diocesan Ministry Innovations Fund and the USDA Summer Feeding Program, a grant from Appleton itself, and donations from individuals, churches and clergy groups. Classes are held in St. Paul’s Episcopal Church and the St. Francis Art Center, both in Macon.

The purpose of this initiative is not only to help struggling students learn to read better but to begin to make connections in an region that has been beset by racial tensions for years. This is a great example of trying to navigate the “Waters of Reconciliation.” I’m only touching on the basics of the article; you can read it in its entirety here.

I’ll close with an update on the separated children. Early last week, I heard on the news that there was some confusion about the numbers of children affected. Apparently, the numbers of children involved seemed very high because back in the Obama administration, there had been a large number of children who crossed the borders without their parents. This inflated number made the current issue appear as though people were misrepresenting the facts. The other question that needs some clarification relates to the numbers of seemingly missing children. From what I understand, some of this comes from undocumented families who have not risked follow-up in fear of legal action. None of that clears the present problem of the new policy, however.

Rachel Held Evans, who I quoted last week, shared an update and further suggestions for action:

If you’ve been following the story of children separated from their parents at the border and want to help, this is what I recommend….

There are 60 little children, ages 1 to 10, waiting in an Arizona detention center after being separated from their parents at the border. Based on my research, this initiative from Glennon Doyle’s fundraising machine to provide advocates and legal representation to these families is a really solid way to help them.

1) HERE IS WHAT IS NEW, AND UNDENIABLY HORRIFIC: Our government has changed its policy about families who cross the border, and it is resulting in families being torn apart.

Historically speaking, with few exceptions, the U.S. has treated immigration violations as civil — rather than criminal — offenses. Therefore, children have not typically been torn away from their parents even when the parents enter the legal system as a result of immigration violations. Families were, at worst, detained together, or they were released with notice to appear at a later court hearing.

However, the current administration has dismissed this historic practice as “catch and release” and in its place has established a “zero-tolerance” policy – subjecting “100% of illegal southwest border crossings” to criminal prosecution – even crossers who may be asylum seekers. So now, parents are ensnared in the criminal system, their children are immediately ripped out of their arms without explanation, and parents and babies are sent to different detention centers – often hundreds of miles away from each other.

The stated goal of 100% criminal prosecution will mean 100% family separation. Last week, a Border Patrol official testified that 658 children were taken from their parents in just two weeks in early May. At this rate, more than 4,000 children will be separated from their parents this summer.

2) THE 1475 MISSING CHILDREN we have all heard about over the last several days are children who crossed the border without their parents (called unaccompanied minors) during the past several years. When children are detained after crossing the border, they are detained in shelters, and the government tries to find sponsors—family or family friends—to reunify the kids with while their immigration cases proceed. This is not new. The news is that our government has lost track of 1475 of the unaccompanied children they released to sponsors. Each of our contacts in the unaccompanied child advocacy world has assured us that the vast majority of these children are not in fact “lost.” Sometimes the kids or sponsors move and don’t notify the government. Sometimes the kids are in a situation that isn’t supportive and they leave. Tragically, sometimes the kids are in terrible situations or trafficked—forced to work instead of go to school, while their cases are pending. After much research and outreach, it is clear that the communities most profoundly affected are NOT in favor of increased governmental authority (through ICE) over the children’s mobility post-detention. Instead, the best approach is to ensure that unaccompanied children have legal advocates from the start of their detention – which is, as you will read about below, our goal today:

The reports are that parents and children who have been forcibly separated are traumatized: Experts have labeled this sudden family separation to be torture. These traumatized children sit in centers alone without their parents, and without legal advocates, they don’t know what is happening or where their parents are. There are no public defenders for these children, so if their cases are not taken on by non-profit American groups, children as young as two are required to stand in front of judges alone and “defend themselves.” Asylum cases are very complicated and the law is difficult, and the judge often orders them returned to the violent country their family was desperate to flee – which can become a death sentence for these children. It is also up to that country’s government to reunify the deported children with their parents. This often doesn’t happen smoothly, and parents must fight to find their children, navigating complex systems across borders.

THERE IS NO SUCH THING AS OTHER PEOPLE’S CHILDREN.

We will fight for these kids like we’d fight if they were our kids. Because they are.

We will fight for these mothers like we’d fight if they were our sisters. Because they are.

Here’s what we are going to do:

FIRST: We are going to help get these babies back into their parents’ arms. We’re going to start with the sixty little ones- aged 12 months to 10 years – sitting in an Arizona detention center right now. These little ones need help, and they need that help to come in the form of bilingual lawyers trained to deal with traumatized children. We — through the Florence Immigrant and Refugee Rights Project – are going to provide and fund two lawyers and two advocates who will be responsible for representing every child in that center and every one of their parents. Their first priority will be to establish and maintain contact between child and parent. Their ultimate goal will be reunification and safety and rehabilitation for each child.

SECOND: Tomorrow, we will share a grassroots, focused, and united demand for policy change. WE THE PEOPLE WILL DEMAND THE REVERSAL OF THIS INHUMANE POLICY OF TEARING FAMILIES APART.

For now: Children are alone, right now, traumatized in these detention centers, desperate for their parents. Parents are sitting in detention centers, right now, desperate for their babies. They loved their babies enough to risk their lives to get them to safety. They love their babies. Just like we do. Just like we do. For now: Do not allow your heartbreak to go wasted. TURN YOUR HEARTBREAK FOR THESE CHILDREN INTO HELP FOR THESE CHILDREN.   Donate here: https://momastery.com/…/emergency-love-flash-mob-for-the-c…/

Gracious loving God, forgive us for blind eyes and ignorance of the pain that we have caused by not admitting our complicity through our inattention and desire to believe false narratives.  Help us to hear the voices of the oppressed and to speak out for them that their voices might be heard by all.  Let us no longer rest comfortably in our naiveté and instead let us be moved to action that one day soon our cry of “enough” will be fulfilled.  We pray in the name of our Risen Lord, Jesus.  Amen.