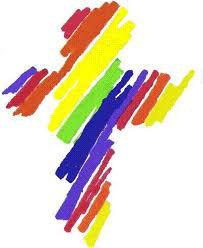 Getting back into the swing of responsibilities after the holidays is not easy for me this year.  To be honest, I feel like I am still reeling from the results of the November elections and as January 20th gets closer, my anxiety level seems to be rising.  I’ve given up reading many news sources online because too much becomes overwhelming quickly.  And, I have avoided reading the comments because of the nasty, hateful words that are thrown around as though they have no impact at all.  What has become of civility (that’s a rhetorical question – I’m afraid I know the answer)?   If I try to put my finger on why I am feeling so concerned and anxious, I think it’s because I feel powerless and am unsure about just what I can do to make a difference.

Apparently, I’m not alone.  After expressing my concerns to a friend, she told me that the number of people seeking therapy since the election has increased.  I can’t speak to that statistic – there seems to be differing opinions when I check sources online – but when “googling” Trump and anxiety, a huge list of articles appears!  Even before the election, The Atlantic shared an article back in May acknowledging that anecdotal evidence indicates that anxiety increases at every election season but this particular election cycle has seen an unprecedented increase:

Donald Trump, the presumptive Republican nominee for president, aspires to implement policies far more extreme than the ordinary candidate’s. He talks of launching a trade war with China, deporting millions of immigrants, and enacting a total ban on Muslim immigration. Either through sky-high prices or constrained religious rights, his plans would dramatically alter the lives of far more Americans—in a far more sweeping way—than the proposals of Clinton, Obama, Romney, or McCain.

You can find the whole article here – https://www.theatlantic.com/health/archive/2016/05/how-to-preserve-your-mental-health-despite-the-2016-election/484160/

One of the groups that is particularly concerned about the results of this year’s election is our LGBTQ friends.  The hard-earned fight for equality seems to be on the line with the conservative agenda that could mean an attempt to repeal the marriage equality law passed in 2015.  In addition, we’ve all heard reports of harassment and violence against gays following the election.  Regardless of your politics, this denial of respect and dignity goes against all that we promised as Episcopalians just this past Sunday when we reaffirmed our Baptismal Covenant.

One of the resolutions that Covenant 5 asked congregations in our diocese to consider at Convention last year is A051 Support LGBT African Advocacy which was adopted at the 2015 General Convention:

Resolved, the House of Deputies concurring, That the 78th General Convention of The Episcopal Church recognize and commend the unconditional love and support that families, communities, scholars, and activists have shown to their Gay, Lesbian, Bisexual, Transgender, and Intersex (LGBTI) sisters and brothers in Africa who are at risk of violence, discrimination, and imprisonment; and be it further

Resolved, That the 78th General Convention of The Episcopal Church affirm the following redemptive words in the statement of the Primates of the Anglican Communion in the Dromantine Communique (2005) that: “The victimisation or diminishment of human beings whose affections happen to be ordered towards people of the same sex is anathema to us. We assure homosexual people that they are children of God, loved and valued by him, and deserving of the best we can give of pastoral care and friendship;” and be it further

Resolved, That the 78th General Convention of The Episcopal Church encourage parishes and dioceses, especially those with companion relationships with Anglicans in Africa, as well as advocacy groups, to build relationships with and learn from Anglican African scholars who are already offering Biblical interpretations that affirm the dignity and humanity of Lesbian, Gay, Bisexual, Transgender, and Intersex people; and be it further

Resolved, That the Office of Global Partnerships, Justice, and Advocacy Ministries , the Office of the Presiding Bishop;, and other relevant church-wide offices be directed to work in partnership with African Anglicans who publicly oppose laws that criminalize homosexuality and incite violence against Lesbian, Gay, Bisexual, Transgender, and Intersex people; and be it further

Resolved, That The 78th General Convention of The Episcopal Church direct the Standing Commission on Anglican and International Peace with Justice Concerns or other appropriate body as designated by Executive Council to compile, for church-wide reference and use, a listing of information and resources developed by African Anglican leaders and organizations working to curb anti-gay and anti-transgender violence, discrimination, and marginalization; and be it further

Resolved, That The 78th General Convention of The Episcopal Church encourage parishes and dioceses to offer prayers for the safety of our Lesbian, Gay, Bisexual, Transgender, and Intersex sisters and brothers, their families and communities, and for the scholars and activists who tirelessly work on their behalf.

If you have followed the news from recent General Conventions and reports from the Anglican Communion, you are aware that there is no sanctioned inclusion of the LGBT community is many parts of Africa.  In fact, many face lengthy prison sentences for expressing their love in addition to a lack of welcome in the Church.  I’m not aware of any of our congregations that have a partnering relationship with a church in Africa so I have no first-hand knowledge to share but the third resolve in this resolution does ask that we become more informed and consider establishing relationships with our brothers and sisters in Africa.  I asked a friend in the diocese for help finding a resource and he shared the blog “Erasing 76 Crimes” which focuses on the human toll of 76+ countries’ anti-LGBT laws and the struggle to repeal them – https://76crimes.com/

Many of our congregations are already Welcoming and Affirming so you all have experience in offering a safe and inclusive sacred space.  For those of us attending churches that have not yet officially addressed this issue, I have tried to find resources to help all of us begin this process.  Our diocese has a list of links for LGBTQ advocacy that you can find here – http://www.edomi.org/lgbt/

One resource that looks particularly helpful is the “Building an Inclusive Church Toolkit” from the National Gay and Lesbian Task Force’s Institute for Welcoming Resources – http://www.edomi.org/wp-content/uploads/2014/05/welcomingtoolkitNGLTF.pdf

If you are looking for an understanding of what the Bible has to say about sexuality, check out the Chicago Consultations page “Sexuality and Scripture” – http://www.chicagoconsultation.org/?cat=4

Yesterday, when I led my Bible study, we discussed what it means to be a witness.  It’s not enough to see something; a witness has to be willing to say something as well.  We agreed that being a witness can require courage because there’s often a risk involved.  This Sunday’s Gospel will tell of John’s witness to Jesus’ Baptism that he proclaimed to Andrew who, in turn, called his brother Simon Peter. We know what John’s witness ultimately cost him but he determined that risk was worth it.  We, too, are witnesses of God’s love through Jesus.  Are we willing to take the risk to stand up for our brothers and sisters in the LGBT community should the newly-elected officials attempt to restrict their rights?  Will we be their voice?

Let us pray  (Please note, this prayer is edited from “Erasing 76 Crimes,” written for the LGBT community is Africa) –

Jesus, our brother in solitude, who knows the sexual violation of stripping, flogging and torture for crimes against God and the State: be close to your LGBT children in prison this night and may they know the consolation of your never-ending love and the hope of victory beyond whatever we may endure.

Jesus, condemned and killed by zealots of religious certainty and political expediency, forgive your church for its collusion with civil powers who have sent us to a slow death in these prisons, and continue to protect us from your followers.

Console all mothers and families who have lost loves ones because of their sexual orientation and help us to eradicate this unnecessary future destruction of human lives and potential.

You consoled your son Jesus in prison on the night before he died for all our sins, grant grace and courage to all parents of LGBT people who bear the stigma of their children’s sexual orientation. Be with those whose family has abandoned them and left them alone in prison.

Blessed John the Baptist, who spoke the truth and prepared the way of God’s kingdom of love and forgiveness, watch over the LGBT prophets of our own day who call their governments and leaders to justice and become victims of political corruption and vice.

Apostle Paul in chains, betrayed by the mother church in Jerusalem and extorted for years by the prison system of the Roman Empire, forgive the collusion of us, the fruit of your sacrifice to proclaim a gospel of inclusion, to the imperial exclusive values of the state.

Apostle Peter, patron saint of all who deny what is good and true, guide your church to seek the truth about what we say and do to LGBT people and not deny them their right to love and be the way God made them to be.

Blessed Cosmos and Damian, who shared a prison cell and a martyr’s death, watch over all who are dehumanized and assassinated simply for whom they love.

Blessed Veronica, who wiped the face of Jesus on his road from prison to the cross, watch over the safety of straight allies who step out on the road with us, risking their own safety and popularity.

Blessed Thecla, though a girl, wanted to be a boy and do the work of her friend, St. Paul, watch over all you children who challenge gender conformity, especially those who are transgender. Help us to see the image of God, both male and female in ALL who we see.

Blessed be the name of the Holy Prophet Mohammed, who calls us all into wholeness with God and one another, watch over your little ones in prison who have been abandoned by the families and their faith community simply for being gay. Teach us the Divine Compassion once again.

Blessed Martin Luther King, preacher of justice and dignity for all who are enslaved, watch over all who preach in God’s name and give us that dream where there will be no LGBT people in prison simply for being true to themselves.

Blessed Nelson Mandela, who languished in a prison cell yet freed a nation and brought us into reconciliation and peace, teach us LGBT prisoners and all who cry with us, not to be bitter to the church leaders and politicians who, in ignorance, keep us in these cells.

Blessed LGBT martyrs, Harvey, David and Eric, you know the suffering and the ultimate sacrifice for a society that you could only imagine, inspire us to continue your visions for a world without homophobia that imprisons, extorts, tortures and assassinates.

In communion with all the saints, angels and archangels, martyrs and the forgotten ones who have looked to you in hope, free us all from whatever enslaves us, that we may become the children you have created us to be and this is our prayer with all LGBT prisoners throughout the world this day – simply free us to love you and one another in the ways you are revealing to each one of us.  AMEN.

The Rev. Canon Albert Ogle is founder and president of the St. Paul’s Foundation for International Reconciliation, which works for LGBT rights and against AIDS by empowering grassroots organizations in many countries. An Episcopal priest from Ireland and the United States, he has expertise in developing coalitions of religious and secular organizations to provide health and human services in the United States and in Uganda, particularly focused on HIV issues. Ogle was in Cameroon at the invitation of the LGBT rights group Camfaids.

— The Rev. Judith Schellhammer is chair of the diocesan Resolution Review Committee.