It’s a week after Election Day and I confess I do not feel much better than I did last Wednesday morning.  In fact, in some ways, I feel worse.  My initial concerns were for all the groups of people that our president-elect had denigrated during the campaign: Muslims, Mexicans, women, LGBTQ, immigrants, etc.  I am still fearful for their safety especially after learning of the vandalism and attacks that have occurred since the election.  Listening to the news and reading various articles and opinion pieces, I am now also concerned for those that elected this man believing that he would be able to make big changes quickly in employment opportunities, bringing back both the steel and coal industries, start building “the wall” on our border, and repealing Obamacare completely as soon as he takes office.  Experts in industry, economics, and government are now describing how some of these campaign promises are not likely or even possible.

The take away for me: it’s time we act.  We cannot sit silently and try to wait our four years watching from the sidelines.  As member of the Jesus Movement, we must protect all those who are facing ever-increasing oppression and prejudice.  The work we do together as a Household is one place we can to begin to stand in opposition to the forces we see around us.  Now, you might chuckle a bit when I say this but I see a connection here with some of the resolutions we passed at our convention (Yes, I guess, I’ve been doing this long enough that I see connections with resolutions everywhere!).  At our recent Diocesan Convention, we approved a resolution presented by Covenant 5 urging each congregation to select a social justice resolution from those passed at General Convention in 2015.  By working out the details of these resolutions in our congregations, we are acting to protect the vulnerable and marginalized locally.

In the upcoming weeks, I will be presenting each of the resolutions from General Convention that were suggested in the recent resolution from our convention with some information and background to help in your decision-making process.  Think of the amazing work we can accomplish as a diocese if we all do our share!

Originator: The Rev. Ellis Clifton on behalf of Covenant 5

Resolved, That the 182nd Convention of the Diocese of Michigan encourages every congregation to advance one or more of the following resolutions adopted by General Convention 2015:

the texts of which may be found at https://extranet.generalconvention.org/staff/files/download/15664; and be it further

Resolved, That congregations which engage in this endeavor are invited to report their work by June 30, 2017, to Covenant 5 (Cov5@comcast.net); and be it further

Resolved, That Covenant 5 will compile for diocesan distribution the parish action reports that it receives and that congregations which advance one or more General Convention 2015 resolutions will receive diocesan-wide recognition.

Here’s the first one from General Convention –

A011 Recommit to Criminal Justice Reform Study and Advocacy

Resolved, the House of Bishops concurring, That the 78th General Convention acknowledges that implicit racial bias and racial profiling result in a criminal justice system that disproportionately incarcerates people of color damaging individuals, families, and communities; and be it further

Resolved, That the 78th General Convention challenges The Episcopal Church at every level to commit mindfully and intentionally to dismantling our current mass incarceration system; and be it further

Resolved, That the 78th General Convention encourage each congregation and Diocese to undertake at least one specific initiative aimed at addressing the destructive consequences of the mass incarceration system. 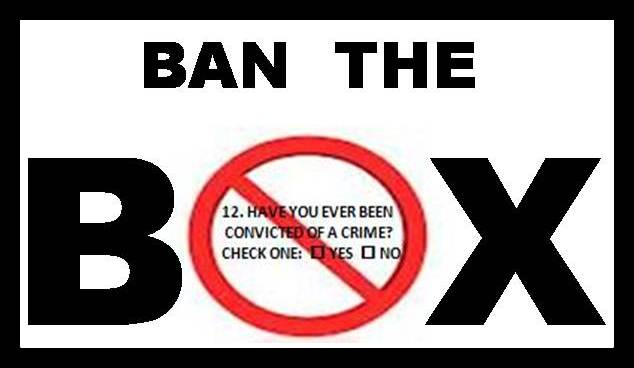 These initiatives include such possibilities as:

The fourth resolve of this resolution is where we can be the most helpful.  How well does your congregation understand the problem of mass incarceration?  The first action I might suggest would be to do some educating to bring everyone up to speed.  At last year’s Ministry Fair, Resolution Review presented a workshop that was designed to be like a book club discussion of Michelle Alexander’s best seller, The New Jim Crow: Mass Incarceration In an Age of Colorblindness.  Selecting the book as a congregational book study would be a great beginning (and it would actually fulfill one of the other suggested resolutions, too!).  A study guide is also available if you are uncertain about good questions for a discussion.

If you are in a congregation like mine, some of these topics seem pretty far from our personal day-to-day experience but that’s not so for everyone in our diocese.  Do some networking to find others who might come and speak during coffee hour.  Do you know anyone doing prison ministry?  If you ask around, I’m quite sure there are some “experts” in our Household who would love to help.  Some of the good people at Church of the Incarnation in Ann Arbor have knowledge and experience with this issue.  One of their members, Mary King, is Director of the Michigan Council for Crime and Delinquency (MCCD).  To become better informed, you might subscribe to their monthly newsletter which you can do on their website: http://miccd.org.  The Rev. Joe Summers suggested also checking out the Michigan Collaborative to End Mass Incarceration (MI-CEMI) – http://miccd.org/mi-cemi/ – a new initiative of MCCD.  Their website features resources for both juvenile justice and adult criminal justice issues that might help you and your congregation decide exactly how and where to get involved.  I also found a very helpful resource from the Christian Community Development Association for hosting a “solidarity event.”  While it was designed for 2015, many of the ideas are certainly transferrable and still relevant for today – http://www.ccda.org/storage/documents/2015_Events/Locked_in_Solidarity/locked%20in%20solidarity%20toolkit%202015.pdf

We have our work cut out for us but we can do this together!

O God, as Christ lives in us, we are welcomed into your reign of mercy and forgiveness. Grant hope and strength to those who are in prison, those who have been released from prison, and the families that miss them and welcome them. We pray also for our elected officials, that they might seek a more just and humane approach to imprisonment and rehabilitation. And grant us courage and compassion as we seek to end the injustice that keep people from living full and productive lives. In Christ’s name we pray. Amen.

(from Bread for the World – http://www.rocwisconsin.org/wp-content/uploads/2015/10/The-Bible-and-Mass-Incarceration.pdf)