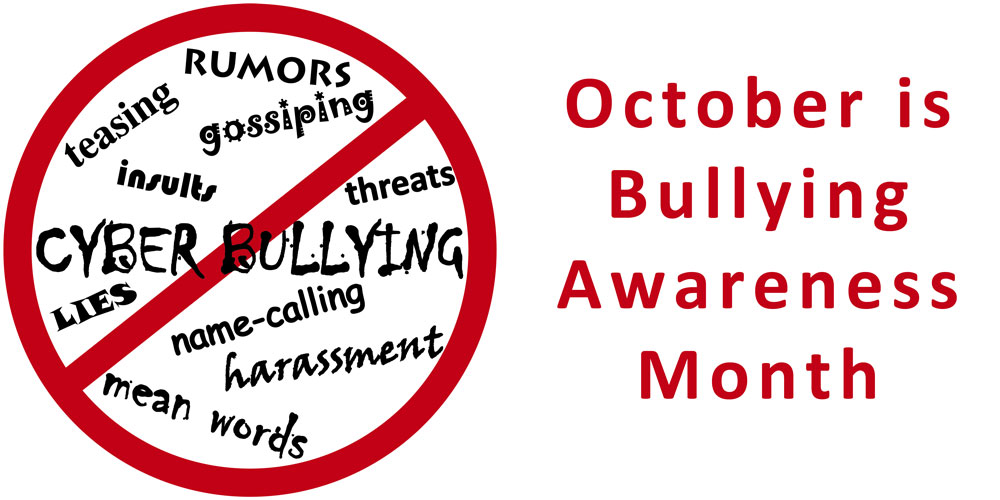 October.  This is a very busy month, indeed.  Not only do we have our Diocesan Convention to anticipate, but we have many observances to remember: National Domestic Violence Awareness Month, National Bullying Prevention Month; National AIDS Awareness Month, and National Breast Cancer Awareness Month.  But, there’s more.  I’m not trying to be flippant but, when I checked the web for all the official observances that are remembered in October alone, there were 135 of them including Squirrel Awareness Month and National Caramel Month (this is my personal favorite!).  It’s no wonder we get overwhelmed as we consider where to focus our attention and use our time!  Because of the vast diversity of issues remembered this month, this blog post will be a bit of a potpourri so read on and find those concerns to which God might be calling you to get involved. 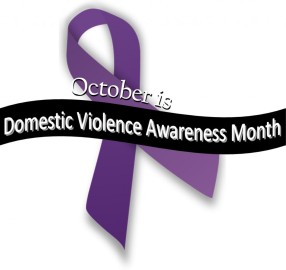 I served on the board of directors for our local domestic abuse shelter for five years and have seen firsthand the pain and suffering that loved ones face when domestic violence is part of their story.  As followers of Jesus, we are called to put an end to domestic abuse as it denies respect for the dignity of every person and allows evil to reign in homes and families.  President Obama issued a proclamation in September, which reads:

BY THE PRESIDENT OF THE UNITED STATES OF AMERICA

Domestic violence impacts women, men, and children of every age, background, and belief. Nearly 1 in 4 women and 1 in 7 men in the United States have suffered severe physical violence by an intimate partner. Victims are deprived of their autonomy, liberty, and security, and face tremendous threats to their health and safety. During National Domestic Violence Awareness Month, we reaffirm our dedication to forging an America where no one suffers the hurt and hardship that domestic violence causes — and we recommit to doing everything in our power to uphold the basic human right to be free from violence and abuse.

While physical marks may often be the most obvious signs of the harm caused by domestic violence, the true extent of the pain goes much deeper. Victims not only face abuse, but often find themselves left with significant financial insecurity. And children who witness domestic violence often experience lifelong trauma. These heinous acts go against all we know to be humane and decent, and they insult our most fundamental ideals. We all have a responsibility to try to end this grave problem.

Prior to the passage of the Violence Against Women Act (VAWA), many did not view domestic violence as a serious offense, and victims often had nowhere to turn for support. VAWA significantly transformed our Nation — it enhanced the criminal justice response to violence against women and expanded survivors’ access to immediate assistance and long-term resources to rebuild their lives. The Family Violence Prevention and Services Act is another important piece of legislation that improved our public health response to domestic violence and increased the availability of critical services for victims.

My Administration has worked hard to build on the progress of the past several decades and improve domestic violence prevention and response efforts. We have extended protections and prevention measures to more victims, including in Native American and immigrant communities, and worked to break down barriers for more people seeking help. And the reauthorization of VAWA I signed in 2013 prohibits — for the first time — discrimination based on sexual orientation and identity when providing services. Additionally, thanks to the Affordable Care Act, most health plans must now cover preventive services, including screening and counseling for domestic violence, at no additional cost. My Administration has also sought to secure greater workplace protections by requiring Federal agencies to develop policies that address the effects of domestic violence and to provide assistance to employees experiencing it. And I recently signed an Executive Order to establish paid sick leave for Federal contractors, which enables them to use it for absences resulting from domestic violence.

Though we have made great progress in bringing awareness to and providing protections against domestic violence, much work remains to be done. In that spirit, Vice President Joe Biden launched our 1is2many initiative, which aims to raise awareness of dating violence and reduce sexual assault among students, teens, and young adults. And earlier this year, we reaffirmed our Nation’s commitment to addressing domestic violence at all stages of life by holding the White House Conference on Aging, which addressed elder abuse as a public health problem that affects millions of older Americans. These initiatives will help advance our efforts to ensure no person is robbed of the chance to live out their greatest aspirations.

Safeguarding and opening doors of opportunity for every American will remain a driving focus for our country — and we know that crimes like domestic violence inhibit our Nation from reaching its fullest potential. This month, let us once again pledge our unwavering support to those in need and recognize the advocates, victim service providers, and organizations who work tirelessly to extend hope and healing to survivors and victims every day. I encourage all people in need of assistance to call the National Domestic Violence Hotline at 1-800-799-SAFE or visit http://www.TheHotline.org.

NOW, THEREFORE, I, BARACK OBAMA, President of the United States of America, by virtue of the authority vested in me by the Constitution and the laws of the United States, do hereby proclaim October 2015 as National Domestic Violence Awareness Month. I call on all Americans to speak out against domestic violence and support local efforts to assist victims of these crimes in finding the help and healing they need.

IN WITNESS WHEREOF, I have hereunto set my hand this
thirtieth day of September, in the year of our Lord two thousand fifteen, and of the Independence of the United States of America the two hundred and fortieth.

Now, I started writing this blog on Tuesday evening knowing that I had a few busy days ahead and, lo and behold, on Wednesday morning when I sat at my computer again I found that the Episcopal Public Policy Network has posted an alert where you can find more information and educational resources. Here are their suggestions for getting involved:

Here is the text for the full alert – http://advocacy.episcopalchurch.org/episcopal/app/document/9708286

And, here’s the link to the Domestic Violence Awareness Project – http://www.nrcdv.org/dvam/

Our friends at Covenant 5 sent out emails last week reminding us of National Bullying Prevention Month.  Here’s the link with some good information – http://www.stompoutbullying.org/index.php/campaigns/national-bullying-prevention-awareness-month/

Sadly, we missed Blue Shirt Day (Monday, October 5) but there’s still much that can be done.  Here are some great ideas from Kevin Epling:

All of these are procedures that should be readily available to the public by your school.  Schools have had well over 10 years to be prepared for these questions.  An informed public is always the best way to see change happen and responsibility shouldered.

I also want to alert you to a webinar that will be taking place next week which
dovetails well on many of my recent posts.  The Domestic and Foreign Missionary Society’s Episcopal Public Policy Network (EPPN) in conjunction with Episcopal Migration Ministries (EMM) are hosting a 90-minute program on October 15 beginning at 8 p.m. (EST) focusing on the global refugee crisis, U.S. resettlement and how Episcopalians can be involved in this ministry of welcome.  “We are all witnesses to this massive human suffering,” noted Samuel McDonald, Deputy Chief Operating Officer and Director of Mission. “As Episcopalians in the United States, we are called ever more deeply into responding to this tragedy by engaging the life-saving ministry of refugee resettlement.”  Presenters will include: Allison Duvall,Episcopal Migration Ministries Manager for Church Relations and Engagement; Lacy Broemel, Domestic and Foreign Missionary Society’s Office of Government Relations Manager for Online Communications and Operations; Patricia Kisare, Legislative Representative for International Affairs, Domestic and Foreign Missionary Society and Evangelical Lutheran Church in America; and Jen Smyers, Associate Director for Immigration and Refugee Policy, Church World Service

Pre-registration is required and you can find that form here –  http://www.episcopalchurch.org/posts/publicaffairs/educational-webinar-examines-global-refugee-crisis

Here are some facts to consider –

If you can’t attend the webinar live next week, it will be available on-demand following the event.

I’ve given you a lot to think about and many opportunities to learn more about how we can live into God’s mission of love for all people but there’s one last thing I’d like to share.  I said it was also National Caramel Month so here’s a recipe I found that I am eager to try out: 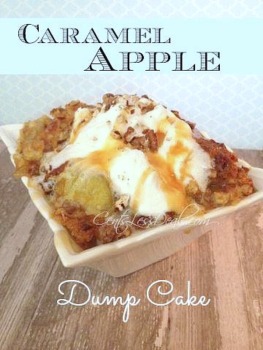 pretty hard to beat. Making delicious apple dessert recipes doesn’t get much easier than this!…so to prepare this recipe first step is to use a greased 9×13 dish, and combine apple pie filling & caramel sauce. And if you like you can add in Half teaspoons cinnamon.

Step 2: Now at this step ail you need to do is to spread it evenly in pan.
Step 3: Pour dry cake mix on top of the pie filing then spread evenly.
Step 4: Drizzle the top with melted butter & also pecans (if you like).
Step 5: Bake at 350 F for 45 to 50 mins (till top is golden brown)

If you’ve gotten this far reading this week, please be assured that I am seriously concerned about the many tragedies we see around us and I am not trying to make light of these at all.  Just this week, there was a terrible incident of bullying within my circle of friends and my heart aches for the victim.  He will be fine because he is strong in his faith and character and because his friends have rallied around him to show their love and support.  What is very hard to figure out is just why the bully felt he could behave in this way and what burdens he carries in his life that got him to this place.  Indeed, prayers are needed for all.

I ask that you join me in following Jesus to relieve the suffering of the victims by getting involved in one of these causes this month.

You are the Father of mercies and the God of all comfort. We pray this week for those who have been abused or bullied within our churches and the wider communities across our nation.

Have compassion upon all who have suffered the injustice, humiliation and pain of abuse – sexual, physical, emotional, spiritual and all other forms of sinful conduct.

In the midst of their distressing circumstances, give them courage to speak. May your perfect love drive out fear and anxiety. In your mercy, create opportunities for these men, women and children to share their pain, reveal their struggles and expose the hurtful actions of others.

Give grace, sensitivity and wisdom to all who will minister to the victims and survivors of bullying and abuse. Strengthen those who have been abused and their loved ones with the certainty of your love for them. In all things, we ask that your name be glorified and that we – your people – do justice, love kindness and walk humbly before you.

We humbly plead these things in the name of our Savior, Jesus Christ, who died and rose and now sits at your right hand in glory.