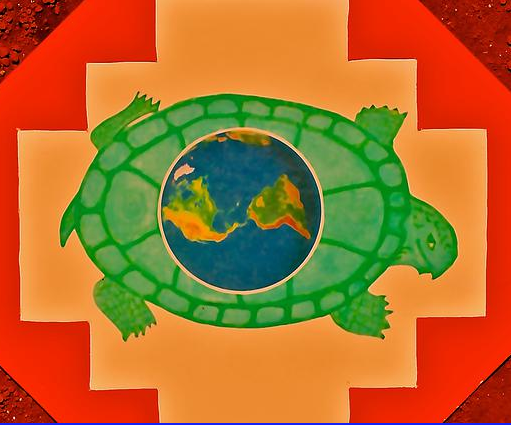 This week we “celebrated” Columbus Day – or at least we may have remembered the day – even if only for a good sale. I have been so busy trying to buy a car that the day passed me by unnoticed. There are other events I remember on October 12th – the day of my wedding and the birthday of my little Chihuahua, Star (who is now 10!). But I do recall really celebrating this day when I was in elementary school. We had parties and talked of the great thing Columbus did in “discovering” America and claiming it for the “more advanced” culture of Spain. Probably, my story gives a hint as to just how old I am because it’s been a long time since that kind of celebration has been appropriate. I was a child so I can’t explain the justification that my teachers used to think that this was somehow ok. I also remember celebrating the Pilgrims’ quest for religious freedom as they left England; no one told me then that it was just their religious freedom they were seeking. I venture a guess that history will look back on the 21st century with the same kind of eyes and find all of our inconsistencies, as well. Where are we blind to our own motivations?

Regardless of how our predecessors may have justified their actions before, we need to be honest about the effects of them now. While our forefathers and mothers did seek to “proclaim…the Good News of God in Christ,” they seemed to overlook the part about being an “example.” And I can’t figure out how anyone could think that they were “striving for justice and peace among all people” as they slaughtered indigenous people who would not convert to their form of religious expression. Granted, our Baptismal Covenant was written long after Columbus set sail but the Church was even then trying to advocate for holy, Christ-like living. From our vantage point, they sure got it wrong! Tragically, this is the story of human history.

So what do we do about it now? It’s imperative that we try to understand the suffering that was caused and do all in our power to foster healing and reconciliation. Our Presiding Bishop Katharine shared a statement this week – Repudiation of the Doctrine of Discovery:

I urge you to learn more about the Doctrine of Discovery and the search for healing in our native communities.

But this is also a matter for healing in communities and persons of European immigrant descent.  Colonists, settlers, and homesteaders benefited enormously from the availability of “free” land, and their descendants continue to benefit to this day.  That land was taken by force or subterfuge from peoples who had dwelt on it from time immemorial – it was their “promised land.”  The nations from which the settlers came, and the new nations which resulted in the Americas, sought to impose another culture and way of life on the peoples they encountered.  Attempting to remake the land and peoples they found “in their own image” was a profound act of idolatry.

Repentance and amendment of life are the answer, and God asks us all – this Church, our partners and neighbors, and the nations which were founded under the Doctrine of Discovery – to the challenging work of reconciliation.

The abundant life we know in Jesus Christ is made possible through sacrifice – through repairing what is broken, and finding holiness and healing in the midst of that challenging work.  That work is often costly, but it is the only road to abundant life.

Bishop Katharine says it so well. We must be about the work of repairing that which is broken! Here are some other helpful links to further inform your understanding:

A Study Guide “Looking at Columbus Day through the Lens of Our Baptismal Vows” http://www.episcopalchurch.org/sites/default/files/downloads/leader_guide_oct_13_edited.pdf

Our last General Convention (2012) also passed resolutions addressing our response to the Doctrine of Discovery:

A128: Direct Dioceses to Examine Impact of Doctrine of Discovery

Resolved, That that the 77th General Convention of The Episcopal Church, in the spirit of our Baptismal Covenant and in being inclusive, direct all dioceses to examine the impact the Doctrine of Discovery, as repudiated at the 76th General Convention, has had on all people, especially on persons of color, including racial discrimination, racial profiling and other acts of oppression; and be it further

Resolved, That the Historical Society of the Episcopal Church, the National Episcopal Historians and Archivists, and the Episcopal Women’s History Project, in consultation with the Standing Commission on Lifelong Christian Formation as well as diocesan historiographers and archivists, be requested to assist dioceses in documenting and explaining the effects of the Doctrine of Discovery, especially in the life of the church; and be it further

Resolved, That the Presiding Bishop, in consultation with the President of the House of Deputies, be asked to seek volunteer dioceses to develop appropriate written guidance about how a diocese may effectively document and explain the church’s historical role, negative and positive, in connection with the treatment of people of color, including African Americans and Native American people, as a result of the now-repudiated Doctrine of Discovery.

A131: Express Solidarity with Indigenous People

Resolved, That the 77th General Convention expresses its solidarity with the Indigenous Peoples of the world and supports the rights of Indigenous Peoples to live in and retain their traditional lands and territories, to maintain their languages and enrich their cultures, and to ensure that their traditions are strengthened and passed on for generations to come; and be it further

Resolved, That the 77th General Convention ask the Presiding Bishop and other representatives of The Episcopal Church to make protection of the rights of Indigenous Peoples a priority in joint work with other Provinces of the Anglican Communion, in ecumenical work with other Christian denominations, and in interfaith work with other faith communities; and be it further

Resolved, That the 77th General Convention reaffirm the 76th General Convention’s repudiation of the Doctrine of Discovery, a misguided, unfair, and harmful legal doctrine which the Church helped promote in earlier centuries, a legal doctrine which has been used in English, Continental, and American law to justify the unfair treatment and exploitation of Indigenous Peoples; and be it further

Resolved, That the 77th General Convention urges the United States government and governments in other countries in which the Episcopal Church has dioceses to review their laws and policies, in consultation with Indigenous Peoples, and to identify and correct those which treat Indigenous Peoples unfairly or which, although neutral in content, result in invidious discrimination against Indigenous Peoples; and be it further

Resolved, That the 77th General Convention direct the Office of Government Relations, in consultation with Indigenous Peoples, to make protection of the rights of Indigenous Peoples a high priority in its advocacy about United States foreign policy, including advocacy about trade agreements, human rights advocacy, and international environmental protection; and be it further

Resolved, That the 77th General Convention calls on congregations, institutions, dioceses, and corporate offices of The Episcopal Church, with the aid of resources such as “Exposing the Doctrine of Discovery,” to reflect upon their history and to encourage them to support Indigenous Peoples in their ongoing efforts to exercise their inherent sovereignty and fundamental human rights, to continue to raise awareness about the issues facing Indigenous Peoples, and to develop advocacy campaigns to support the rights, aspirations, and needs of Indigenous Peoples; and be it further

Resolved, That the 77th General Convention calls on congregations, institutions, dioceses, and corporate offices of The Episcopal Church to support continued use and development of theological reflections by Indigenous Peoples, with guidance from the Office of Indigenous Ministries, Indigenous Theological Training Institute, local Schools for Ministry and seminaries, which promote Indigenous visions of full, good, and abundant life and which strengthen their own spiritual and theological reflections.

As always, the first step in change is becoming educated on the subject. The links posted above should provide a good place to start. But then we have to put legs to our resolve or nothing changes. Our Diocesan Convention is next week and I know that Covenant 5 has asked for more congregations to take on some of the work from our last General Convention by assuming ownership of one of the resolutions. Perhaps your congregation would consider one of these regarding the Doctrine of Discovery! If we don’t get involved, we can’t see healing occur and we will be just as responsible as those who traveled here back in 1492.

O Great Spirit, God of all people and every tribe,

through whom all people are related;

Call us to the kinship of all your people.

Grant us vision to see

through the lens of our Baptismal Covenant,

the brokenness of the past.

Help us to listen to you and to one-another,

in order to heal the wounds of the present

and give us courage, patience and wisdom to work

together for healing, and hope with all of your people,

now and in the future.

Mend the hoop of our hearts and let us live in

the One who comes to all people

One thought on “Repudiation of the Doctrine of Discovery”